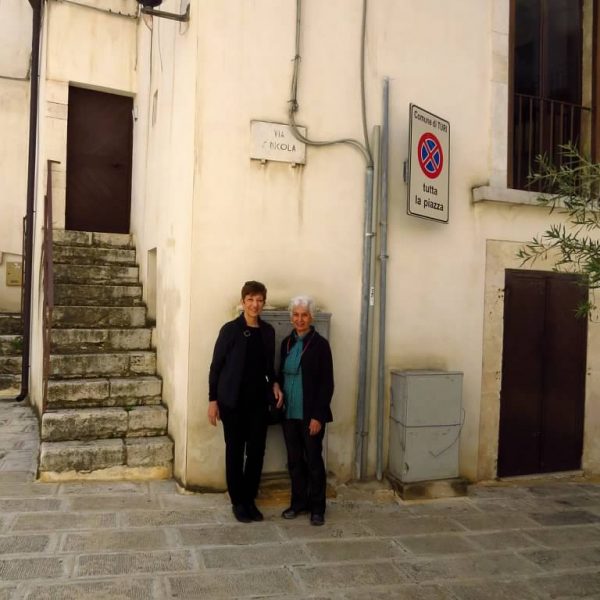 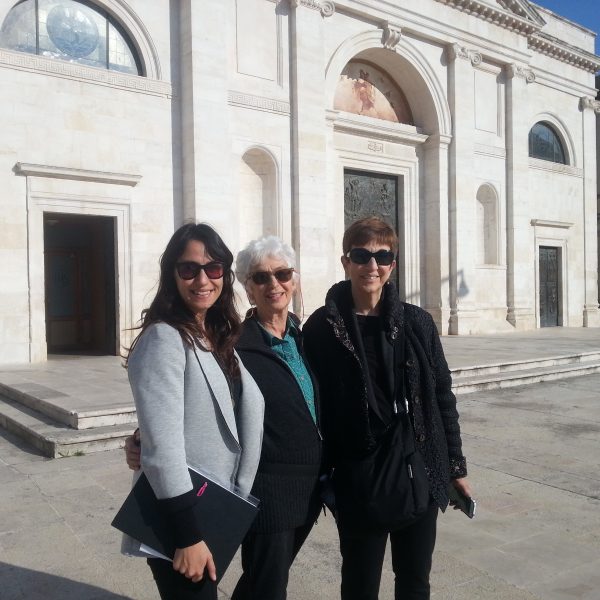 I have traveled all over the world, but never have I had a day as rewarding as the day Mirella, of Southern Italy Travel, planned for us in the two towns of my ancestors in the Province of Bari.

For a few years, I had been researching my family tree on ancestry.com and familysearch.org. I had a pretty good tree, but there was one piece of information that I needed in order to confirm the veracity of the story I had composed about my grandmother’s origin in Turi.

I had not been able to obtain additional information by writing to the local churches, or even to determine which church might have her records.  I decided to go to Italy.  Not being able to speak Italian, finding a genealogist/tour guide seemed the way to go.

After communicating with a few other tour companies in southern Italy, I found Mirella at www.SouthernItalyTravel.com .  Not only were her skills in English perfect, but also she was a certified genealogist and extremely accommodating to my needs.  She could have done a complete genealogical search if I had needed it.  She could check the church records, but also, she suggested checking land records to find the information I needed.

When she picked us up for the day, she said, “ I have some surprises for you.  First the mayor of Turi, Domenico Coppi, wants to meet you.”  The mayor spoke with us for quite a while telling us the history of Turi, telling us of some connections that he had with people from Turi who had immigrated to our towns in the United States, and introducing us to other people who also welcomed us warmly.  Among the people we met were Sandro and her sister, from a local tour company, who assisted us in finding the very streets where our ancestors had lived.

Then Mirella took us to the church where our grandmother was baptized and married.  The pastor, Don Giovanni, opened the church for us and gave us a tour showing us the baptismal font where our mothers were christened.  But the big surprise was that the pastor had located the records I needed and let us photograph them.

After touring the streets where our ancestors had lived and walked, Giovanni Palmisano, a teacher, photographer and Turi-blogger, gave us a tour of the major attraction of Turi, the cave of St. Oronzo. Here, the patron saint of Turi, hid from the Romans who were looking to kill the Christian evangelist. This was yet another door that would not have been open to us had Mirella not laid the groundwork and contacted all of these people ahead of time.

Following this wonderful morning, she took us to the nearby town of Sammichele di Bari, our grandfather’s hometown, where we were welcomed just as warmly by the local civic group. They also searched out records of our ancestors for us and presented us with copies. Here we had lunch that included zampine and other foods for which the town is noted and then we had a baking lesson at a local bakery.

We can’t thank Mirella enough for escorting us to Turi and Sammichele di Bari and  for all of the contacts she made and the research she did to open doors for us and making our day so personal and so special.

"An experience I will remember for the rest of my life" 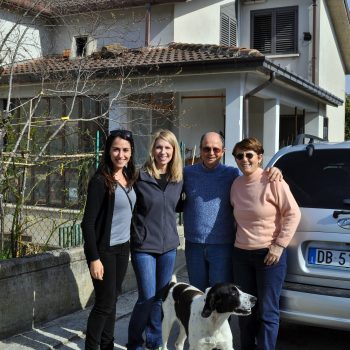 "You made our trip to Italy “Over the Top” 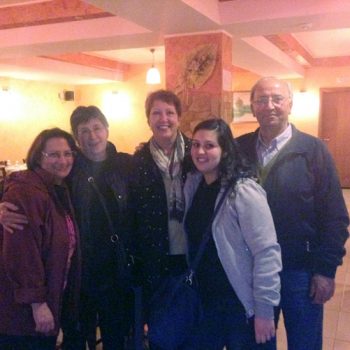